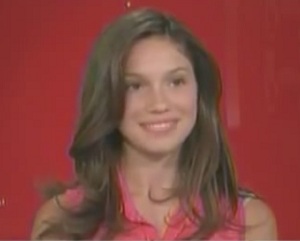 (NaturalNews) Her name is Rachel Parent, and she's suddenly an internet sensation for her cool-headed debate about GMOs on a popular Canadian TV show. (She's also the founder of the Kids Right to Know GMO Walk.) As you'll see in the video below, Rachel calmly argues for the basic human right to know what's in our food, even as the condescending bully of a host named Kevin O'Leary verbally assaults the girl and practically accuses her of murdering children.

During the debate, Kevin O'Leary, co-host of the The Lang And O'Leary Exchange show, viciously attacked Rachel, first accusing her of being a "lobbyist" against GMOs (an absurd accusation that O'Leary knows is false, as there is no corporate interest in honest food labeling), and then equating her position of questioning GMOs with somehow supporting a holocaust of widespread death of children. Despite the outrageous attacks, Rachel Parent simply countered his utterly contrived accusations with the facts: GMO crops don't out-produce regular crops, GMOs are a dangerous global experiment using human beings as lab rats, and consumers should have the right to know what they're buying or eating.

(It is astonishing that people like O'Leary want consumers to have less information about what they're buying, keeping them in the dark and subjecting them to the accidental ingestion of modified foods that have been linked to organ damage and cancer tumors.)

Tips for Rachel - how to respond to GMO death cultists 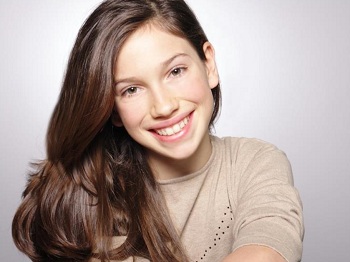 Rachel is astonishingly good at the art of debate, even at just 14 years of age. (See her picture on the right, too, and notice she's got a face made for television.)

In addition to celebrating Rachel's amazing debate, I also wanted to offer her some advice in confronting these manipulative, anti-human "death cult" Monsanto apologists like O'Leary, who actually suggested, when asked about GMO labeling advocates, "I have an answer for these people. Stop eating. Then we can get rid of them." (Yes, he would love to usher in another holocaust as long as Monsanto got to run the concentration camps...)

First, you've got to fire back and remind people like O'Leary that GMOs are not without their own risks. O'Leary's claim that Rachel endorses the death of children because she doesn't support genetically modified rice engineered with extra vitamin A completely glosses over the inherent risks of toying with the genetic code of self-replicating crops. There are at least three risks that can be used in any debate to silence anyone trying to shove GMOs down your throat:

Risk #1) Human health side effects. What is the effect of GM crops on humans who eat them? Will they cause organ damage? Infertility? Unforeseen side effects? Wouldn't it have been wise to answer these questions before rolling out GM crops across the world?

Risk #2) Genetic pollution. Will the artificially engineered genes spread through the crops grown in the wild, altering them in unforeseen ways and possibly creating new genetic vulnerabilities that could lead to sudden crop failures? By invoking this argument, Rachel could have accused O'Leary of "putting the entire human race at risk of starvation" from an unforeseen crop failure caused by GMO pollution. And if challenged on that, she could have pointed to all the other times "scientists" have failed to foresee the devastating implications of technologies that were widely believed to be safe when they were first rolled out: thalidomide, DDT, nuclear power plants, the agricultural policies that caused the Dust Bowl, etc.

Risk #3) Ecosystem devastation. How will GMO crops interact with insect pests and pollinators? Rachel could have rightly invoked the global collapse of honeybee pollinators and pointed to GMOs as one of the factors believed to be partially responsible. Will GMOs also alter insects and make them more resistant to natural plant defense mechanisms in non-GMO crops? If so, that could prove devastating to non-agricultural ecosystems such as forests or plains. We've already seen how the use of Roundup -- the herbicide commonly used on GM crops -- has resulted in the rise of "superweed" that require enormous quantities of herbicide chemicals to eradicate. That's alarming proof that GMOs actually lead to the use of more chemicals, not less.

With arguments like these, Rachel could have accused O'Leary of "putting the entire planet at risk of a man-made ecological disaster worse than the Great Dust Bowl." She could have then asked O'Leary whether he "supported global starvation for humanity."

These are just ideas of support for Rachel's next debate. In my view, she was absolutely fantastic and really made waves on Canadian television by putting O'Leary in his place.

Natural News salutes Rachel Parent, and we know that her debate skills will only continue to gain strength as she acquires more experience doing battle with "cult of death" Monsanto apologists like O'Leary -- the kind of people who don't mind risking the entire future of life on Earth as long as profiteering companies like Monsanto can make a few extra bucks next quarter.

In my opinion, they should fire O'Leary for being such a homicidal racist -- i.e. openly supporting risking the death of the entire race of humans -- and replace him with Rachel Parent who obviously makes a lot more sense and has a far better ability to connect with the viewing audience.

Check out Rachel leading the "Kids Right to Know" march: 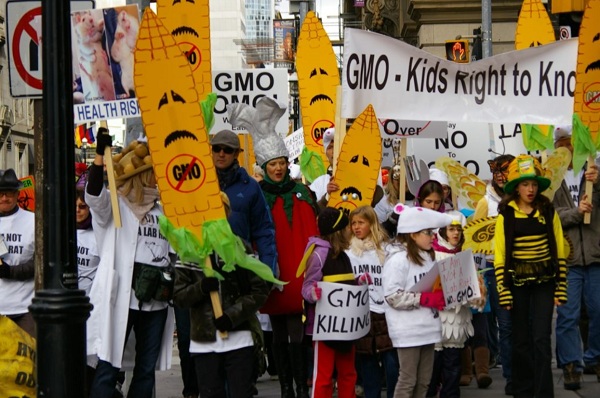