Global Non-Compliance website > Are we living in a HOLOGRAM?

Are we living in a HOLOGRAM? 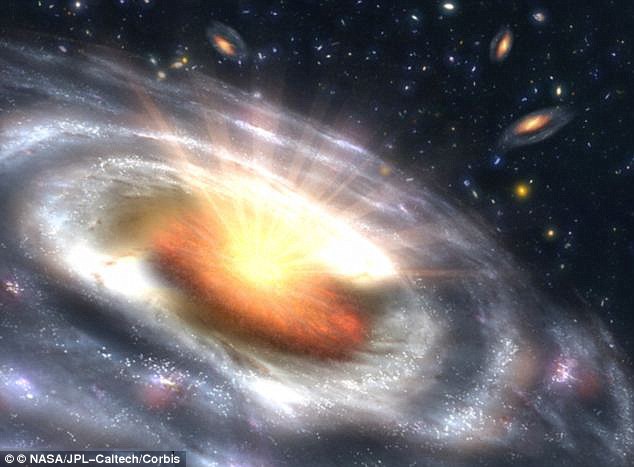 The holographic principle suggests that, like the security chip on your credit card, there is a two-dimensional surface that we can't see.

This surface contains all the information needed to describe a three-dimensional object - which in this case is our universe.

In essence, the principle claims that data containing a description of 3D object – such as the device you're reading this on - could be hidden in a region of this flattened, 'real' version of the universe.

Maldacena came to this conclusion when he discovered that mathematical descriptions of the universe actually require one fewer dimension than it seems.

But up until now, this principle has only been studied in something known as 'curved anti-de-sitter spaces' – or exotic spaces with negative curvature.

Scientists came up with these spaces as way to combine describing gravity in a three-dimensional setting while predicting quantum particles in two spatial dimensions.

Anti-de-sitter spaces are negatively curved, and any object thrown away on a straight line will eventually return.

The problem is they are very different from the spaces in our own universe.

Our universe is largely flat, and on astronomic distances, it has positive curvature.

The latest study by scientists at the Technology University of Vienna now suggests that the holographic principle holds in a flat space-time.

'Juan Maldacena proposed the idea that there is a correspondence between gravitational theories in curved anti-de-sitter spaces on the one hand and quantum field theories in spaces with one fewer dimension on the other', says Daniel Grumiller from the Technology University of Vienna.

To test the theory, scientists spent three years creating gravitational equations that do not require exotic spaces and, instead, live in a flat space.

'If quantum gravity in a flat space allows for a holographic description by a standard quantum theory, then there must by physical quantities, which can be calculated in both theories – and the results must agree', says Grumiller

Are we living in a HOLOGRAM? | For the first time | scientists prove | strange theory | could be | true | in | realistic models | of | our universe