Global Non-Compliance website > Biology as Metaphor and Mythology, Part One: “The Map Is Not the Territory” and Biological Phases As Levels of Consciousness

Biology as Metaphor and Mythology, Part One: “The Map Is Not the Territory” and Biological Phases As Levels of Consciousness 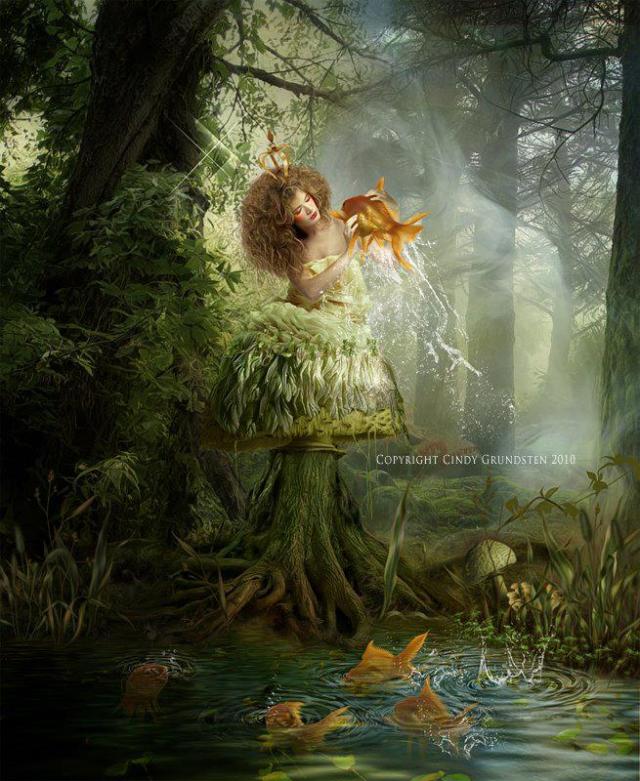 “The Stuff of the World Is Mind-Stuff”

We are living in stimulating and revolutionary times. For, even as we watch, the Newtonian-Cartesian paradigm is collapsing in the ocean of the new physics, “matter” is being swept away by “wavicles,” and scientists are beginning to acknowledge what the poet-seers have always known: that physical reality is metaphor, that the external world and all of its components are subtle yet elaborate webs thrown upon the formless, meaningful forms created from no-thing-ness . . . that matter is metaphor for Consciousness — which is the only real stuff knowable about existence, in fact is the only stuff of the Universe.

Physicist and astronomer, Arthur Stanley Eddington (1928) phrased it: “The stuff of the world is mind-stuff.” More recently, University of Minnesota physicist Roger S. Jones (1982) unveiled a position which he calls an “idealistic reevaluation of the physical world” (p. ix). He writes

I reject the myth of reality as external to the human mind, and I acknowledge consciousness as the source of the cosmos. It is mind that we see reflected in matter. Physical science is a metaphor with which the scientist, like the poet, creates and extends meaning and values in the quest for understanding and purpose. (1982, p. ix)

Even more recently, anthropologist Armand Labbe (1991) summed it up at a Society for the Anthropology of Consciousness conference saying, “Ultimately our physics . . . is going to demonstrate that essentially there is no such thing as matter. All there is, is mind and motion.”

Granted, this is an extreme position, a strict Idealist stance. But it is the only truly supportable one, in light of what we know from the new physics. That would be enough in itself to cause us to reflect on it. But this perspective is also supported, even demonstrated, by the discoveries of the “new psychology” as well. More about that later.

It is ironic that it would be the most “materialistic” and “hardest” of the sciences that would be leading the charge against the primacy-of-the-physical-world postulate (and, unfortunately, leaving the rest of the sciences — both social as well as natural sciences — behind). The discoveries from quantum physics, though some of them almost a hundred years old now, are, only with difficulty, being assimilated into the other sciences. For the most part, they are largely ignored; science going along ‘as if’ . . . that is, as if the Newtonian-Cartesian paradigm were still viable, as if the physical world was really “objective” reality, as if the mind could validly be considered an epiphenomenon of brain activity. So the old paradigm holds sway despite its inadequacy.

This is understandable, however. For truly acknowledging these newer perspectives requires a reformulation of theoretical positions, a rethinking of the Universe in much the same way that astronomical theories needed to be reformulated after the Copernican revolution. What we do not need are theories that disfigure themselves in trying to incorporate some (not all) of the new information and new perspectives in the way of the convoluted theories of the pre-Copernican astronomers who refused to accept the newer paradigm postulations.

This book, to the contrary, consistently presents a new-paradigm perspective.

In doing so it includes a rethinking of some theoretical constructions associated with Ken Wilber who, from this analysis, appears as inconsistent as pre-Copernican astronomers in devolving his theories.

The Import and Consequences of the Primacy-of-Consciousness Postulate

It may also be argued that the new-paradigm primacy of consciousness is irrelevant to much of what is done in normal science. Whatever the truth of that, it must be acknowledged that theoretical positions that ignore the very foundations upon which they are based—that is, the subjectivity of the observer—are going to be weaker for that. Yet, acknowledging even that, one could argue that there is no clear idea of how to go about applying these new perspectives. How could they be used? How could they be relevant? What implications might they have?

It is in answer to these questions that I offer the following analysis of how these perspectives could be used in the understanding of child development. I propose a devolutional model—one that is rooted in Wilber’s (1977) “spectrum of consciousness” theory. It is based also in the findings of new-paradigm experiential psychotherapies—that is, those that place primacy upon experience over concept, “territory” over “map,” and percept over object.

The implications of this approach, I hope to show, are for no less than the validity of the current direction of child-caring, the effectiveness of mainstream psychiatric approaches, and the direction of psychological and spiritual growth. It is my belief that such implications will not be considered to be irrelevant or unimportant; and I will deal with them at length in Part Three.

At any rate, the knowable premise of the new science is that our physical world is a construction (of consciousness); that it can be metaphor, only, of the unknowable That Which Is; that, therefore, matter is metaphor. It follows that the sciences, which study this reflection of the unknowable Real, provide metaphors about metaphors.

Moving in the Air Without Support

Schopenhauer saw it much the same way. His understanding of “ideas” is very close to what I am saying about science being composed of metaphors about metaphors. Gardiner (1966) explains this viewpoint of Schopenhauer:

Schopenhauer distinguished a further class of ideas, namely, what he termed “ideas of Reflection,” or sometimes “ideas of ideas” (Vorstellungen von Vorstellungen). It is in terms of these that we think about and communicate the contents of our phenomenal experience. In other words, they are the general concepts by virtue of which we can classify phenomena according to common features that are of interest or importance to us, forming thereby a conceptual structure or system which may be said to mirror or copy the empirical world. The function of this system is essentially a practical one; it provides a means of memorizing, and generalizing from, our observations of how things behave under varying conditions, and hence of putting to use what we learn from experience. Schopenhauer insisted, moreover, that this system cannot legitimately be separated from the foundation of empirical reality upon which it is based, and he claimed that concepts and abstract notions that cannot be traced back to experience are comparable to bank notes “issued by a firm which has nothing but other paper obligations to back it with.” Consequently, metaphysical theories that pretend to offer an account of the world purely a priori, and that in doing so employ terms or propositions not susceptible to empirical interpretation, are empty of cognitive content; they “move in the air without support.” (p. 327)

In modern terms, “the map is not the territory” — the scientific construct is not the same as the experiential/ empirical reality of existence; and the farther they are removed from each other, the more unsubstantial becomes the construct — ultimately collapsing of its own weight.

Nonetheless, these metaphors — despite the threat of their moving “in the air without support” and cognizant of their practical value; these metaphors — because of the fact of their being for the empirical world a reflection or “mirror,” which we then call “physical facts,” “objective reality,” or “scientific truths”; these metaphors can be analyzed in the same way that dream symbols are analyzed, that is, to uncover their deeper meanings.

Furthermore, this uncovering means essentially that we can discern their meanings for ourselves; “deeper meaning” being that understanding that relates the symbol to ourselves and that gives us understanding of our inner and outer actions and guidance for such behavior. In this way we can relate these “ideas about ideas,” these scientific truths, back to our empirical, experiential, subjective reality . . . back to the base that they were originally the reflections and mirrors of. Thus we can come full circle, looking at ourselves from both inside as well as outside of ourselves and approaching, to the degree that a person can, a fuller understanding of ourselves and the world with which we are inseparable.

Specifically, then, for our purposes here, in looking at the biological sciences’ metaphors of the human body — especially as concerns its structure, function, and ontogenetic and phylogenetic developments — we can discern and analyze an “underlying” meaning — a reflection of the Real, or of what Wilber (1977) calls Mind.

It is especially heuristic to analyze body for, as it has been said, body is concretized mind. This is not to mean concretized Mind—in Wilber’s sense—but concretized ego (in the sense of the separate self, in the sense of mind as used by Satya Sai Baba and other teachers who say that, ultimately, mind must be destroyed). Therefore, in contemplating the metaphors of the biological understanding of body, we can discern patterns and derive meanings concerning the separate self—its evolution, relationship to the whole, patterns of activity, stages of development, essence, and its experience of itself.

Biological Phases As Levels of Consciousness

My attempt here is to skeletonize a portion of such an overall endeavor to show how it can be done and what kinds of meanings can arise. I will relate stages in the ontogenetic development of the human body to the dualities (splittings) of consciousness that, according to Wilber (1977), create the spectrum of consciousness.

Specifically, I will correlate the patterns of change in both form and experience (feeling) that a human undergoes with levels of consciousness. I will do this beginning with the sperm and egg; through the fetal, newborn, child, and adolescent forms; to the adult. What I am saying is that the forms that characterize the biological history of each individual (as delineated by the science of biology) and the processes that characterize the psychological history of each individual (as reported to us in the psychological sciences of the new experiential growth modalities) reflect, and correlate with, the changes in consciousness that Wilber describes as creating the spectrum of consciousness.

To Be Continued with Biology As Metaphor, Biology As Mythology, Part Two: The Legitimacy of Cellular Memory

Corporations Fund the Elections of both Republicans and Democrats? Then I Must Be a Corporation: It’s the Internet Versus the Matrix