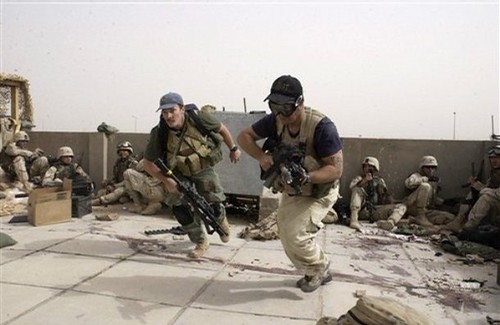 The government security contractor formerly known as Blackwater Worldwide has admitted to the key facts behind 17 federal criminal charges, including illegal exports and unauthorized possession of automatic weapons, as part of an effort to end a long-running investigation into the firm's conduct.

Blackwater, now known as Academi LLC, agreed to pay a $7.5 million fine on top of a $42 million settlement it reached earlier regarding civil arms export violations.

"Today’s proceedings conclude a lengthy and complex investigation into a company which has provided valuable services to the United States Government, but which, at times, and in many ways, failed to comply with important laws and regulations concerning how we as a country interact with our international allies and adversaries,” U.S. Attorney Thomas Walker said in a statement.  “Compliance with these laws is critical to the proper conduct of our defense efforts and to international diplomatic relations.  This prosecution is an important step to ensuring that our corporate citizens comply with these rules in every circumstance.”

Some of the charges relate to Blackwater's possession of machine guns at a training compound in North Carolina.

"ACADEMI is pleased to reach this important agreement on this legacy matter. It is yet another step in our commitment to fairly resolve past issues and become the industry leader in governance, compliance, and regulatory matters," Academi spokesman John Procter said in a statement. "The agreement, which does not involve any guilty plea or admit to any violations, reflects the significant and tangible efforts that ACADEMI’s new ownership and leadership team have made in achieving that goal. The company is fully committed to this agreement and looks forward to successfully fulfilling its obligations on this legacy matter."