Last year, alarm was raised among some Americans regarding the Federal Aviation Administration’s expanding legislation for drone use over U.S. soil and the list of 63 authorized drone sites in the country. With more recent news that the Obama administration has approved drone strikes on some U.S. citizens, which some have said is “chilling” and the government saying “we can kill you,” the FAA has recently released an updated list of domestic drone authorization applicants.

The list was obtained through a Freedom of Information Act request made by the Electronic Frontier Foundation. The list shows 20 new applicants, mostly law enforcement and universities but also the first tribal entity, EFF noted.

Here are few of the new authorization applicants EFF called out:

EFF’s Jennifer Lynch, a staff attorney for the privacy advocacy organization, wrote the hope of the nonprofit in releasing this information is that people will ask their own local law enforcement about their plans for drone use.

“We also encourage people to ask hard questions of government officials about who is funding drone development in their communities and what policies the government will demand agencies follow if they fly drones,” Lynch wrote on the website. “We need greater transparency and citizen push-back to protect Americans from privacy-invasive domestic drone use.” 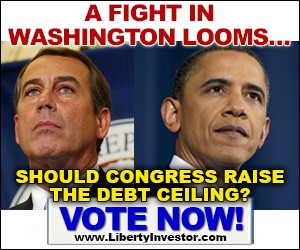 An example of local law enforcement authorized to fly drones that just now might be getting ready to deploy them is the Arlington Police Department in Texas.

According to WFAA News 8, the city has two drones purchased in 2011 with grant money from the Department of Homeland Security that it has not yet used. Here’s some explanation as to the reason why, according to the news station:

The FAA regulates unmanned aerial systems, commonly known as drones. Arlington does have the agency’s permission to test the aircraft away from crowds, buildings, and highways. Practice sessions with the aircraft have been restricted to Lake Arlington, behind the police department’s training academy.

“The process can be frustrating, but ultimately we understand that the process takes time,” Rivera said.

The FAA turned down our request to go on camera, but they sent us a statement regarding unmanned aerial systems, saying safety it its top concern.

“The FAA regulates operation of Unmanned Aerial Systems to ensure that they pose no hazard to manned aircraft or people and property on the ground,”  said FAA spokesperson Lynn Lunsford.

A big chunk of the city lies in one of the busiest air corridors in the country. D/FW International Airport, as well as Arlington and Grand Prairie Municipal Airports are all nearby.

These regulations aside the police department told WFAA in a statement that within six weeks they expect to make a positive announcement regarding its drone program. The department said the equipment would be used in situations including search and rescue, SWAT and major accidents.