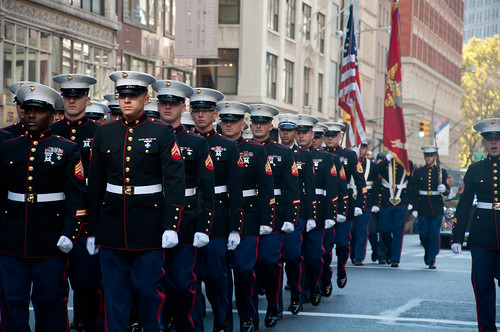 It should become even more apparent that the U.S. government is attempting to implement a policy that will disarm a large number of military veterans. There are now reports from veterans who are receiving letters from the Department of Veterans Affairs stating that they could be banned from owning or possessing a firearm and ammunition should government officials deem them to be incompetent. The letters appear to have been sent to a number of veterans who are registered with the VA as having a disability. It is unknown how many veterans have received these letters but it basically proposes that the VA rate the veteran as incompetent to handle their benefit payments. If the veteran is classified as incompetent than according to the letter they would be effectively banned from owning a firearm.

The letter states as follows.

A determination of incompetency will prohibit you from purchasing, possessing, receiving, or transporting a firearm or ammunition. If you knowingly violate any of these prohibitions, you may be fined, imprisoned, or both pursuant to the Brady Handgun Violence Prevention Act, Pub.L.No. 103-159, as implemented at 18, United States Code 924(a)(2).”?

So essentially if some government bureaucrat deems a disabled veteran as being incompetent it will prohibit them from buying, owning or transporting a firearm and ammunition. This is with no due process, no trial by jury or anything. As ridiculous as this might be, it falls right in line with the overall agenda that is at work to disarm veterans. With the American economy continuing to crumble, the establishment is gearing up for a revolt and if such a revolt takes place, veterans will be one of their primary threats. Veterans know how the military operates from the inside so it makes sense that they would want as many veterans disarmed as possible.

Even though the gun grabbing traitors in Washington DC have backed off from many of their gun control proposals, they are now trying to push plans to expand the National Instant Criminal Background Check System to include all sorts of people who have or previously had so-called mental health problems. Veterans that have come back from multiple tours in the Middle East who are diagnosed with PTSD or have been prescribed any number of drugs by military doctors could fall into this category. Considering the government’s track record of using vague language in legislation, we can also safely assume that the definition of a mentally ill person will be up for great interpretation. So who knows how many people they will try to classify as being mentally ill in order to ban them from owning a firearm.

This is a completely disgusting agenda but it shouldn’t be unexpected. In reality the VA is a criminal institution that tries to do everything in their power to inhibit veterans from getting the benefits that they earned through their military service. The amount of red tape and hurdles they put in front of veterans just for them to receive their benefits is scandalous.

Before I end this article I’d just like to share a story that I think ties in with what I’m saying about the VA. A little over a decade ago I was actually in the U.S. Army for two years. During that time I encountered some of the most vile human beings I’ve ever had the misfortune of dealing with. The amount of incompetent idiots that I saw holding positions of authority that ran around on power trips trying to micromanage everything with their eyes bugging out was comical. Instead of looking at how well an individual performed their job many of these dirt bags were more concerned about stupid things like how shiny a person’s boots were. I’m not saying that everyone in the U.S. Army was like that, because I did meet some good people during my time in the military but the very best people left simply due to the fact that the military offers one of the worst working environments you could ever imagine.﻿

The reason why I’m mentioning this is because the people who work for the VA seem to operate very much like the insane power tripping clowns who rise to prominence in the military. In my few brief encounters with people who work for the VA, I found them to be unbelievably condescending, rude and just plain unhelpful with everything. They act like you are inconveniencing them for actually making them do their job.

With this said, I believe the VA’s primary purpose is to give the illusion that the U.S. government is taking care of veterans. In reality the goal of the VA is to provide as little care as possible to veterans while at the same time maintaining this fallacy. The fact that they are sending letters to disabled veterans saying that they’ll forfeit their right to own a firearm if some government stooge says so is unbelievably sick on so many levels. This should hopefully prove to most people reading this that the VA is run by a bunch of demonic scumbags who should be fired and fed to the wolves.

Despite this, it is highly doubtful that we’ll see very many veterans comply with the stated policies in these VA letters. It just offers more proof that the U.S. government is run by a bunch of control freak psychopaths. At least we now have more of an idea of what angle they’re shifting towards in order to push their gun control agenda. Undoubtedly we will see them continuing to promote this idea of adding mental health checks into the background check system as a backdoor way to prohibit returning veterans from having firearms.

This of course does not represent a real solution to the alleged problem of mass shootings that has spawned all of this gun control talk. In almost every high profile so-called mass shooting case we’ve seen recently, the shooter was confirmed to be on some sort of prescription anti-depressant drug. We of course don’t see anyone in the establishment talking about going after the big pharmaceutical companies that make these drugs which are causing these people to go crazy. They’re the ones who should be held accountable but like out of something you would see in the science fiction book Brave New World, they need people on these drugs because it represents yet another aspect of their control system.