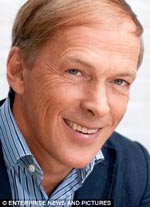 A mere two weeks since former JPMorgan banker, Kenneth Bellando jumped to his death, Bloomberg reports that the former CEO of Dutch Bank ABN Amro (and his wife and daughter) were found dead at their home after a possible "family tragedy." This expands the dismal list of senior financial services executive deaths to 12 in the last few months. The 57-year-old Jan Peter Schmittmann, was reportedly discovered by his other daughter when she arrived home that morning. Police declined to comment on the cirumstances of his (and his wife and daughter’s) death. This is not the first C-level ABN Amro banker to be found dead. In 2009, former CFO Huibert Boumeester was discovered with (assumed self-inflicted) shotgun wounds.

“The bodies of a father and mother and their daughter were found at the property” in the town of Laren, 32 kilometers (20 miles) southeast of Amsterdam, Dutch police said in a statement on their website today. Leonie Bosselaar, a police spokeswoman, said in a telephone call with Bloomberg News that the deceased were Schmittmann and two family members.

The police received a call around 10:30 a.m. local time from a family acquaintance who said something may be wrong at the property, according to the statement. Bosselaar declined to comment further on what may have happened.

The Dutch newspaper AD reported, without citing anyone, that the family was discovered by Schmittmann’s second daughter when she arrived home this morning. She was scheduled to travel to India with her parents, where she had an internship lined up, the newspaper said.

Schmittmann, 57, joined ABN Amro in 1983 as assistant relationship manager and was named head of the lender’s Dutch unit in 2003. He stepped down from the Amsterdam-based bank in December 2008, after the company was nationalized earlier that year.

Read the full article at: zerohedge.com