Journalists and activists report having their Skype calls tapped 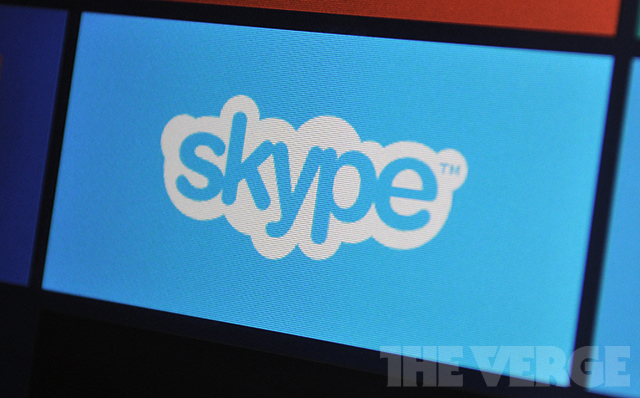 In an open letter this morning, a group including EFF, Greatfire.org and Reporters Without Borders called out Skype for "persistently unclear and confusing statements about the confidentiality of Skype conversations." The signers cite an increased need for transparency reports as Skype integrates more deeply into the services of its new owner, Microsoft. Reached for comment, a Microsoft spokesperson said, "we are reviewing the letter," but declined to comment further.

In particular, the letter raised questions about TOM-Skype, a co-branded Chinese version of the software, which applies a text filter and automatically blocks messages deemed "unsuitable for delivery." Because of the co-branding, TOM-Skype looks and behaves exactly like the U.S. version of Skype, leading to concerns that users may not realize they are communicating through Chinese servers and protocols. The level of state surveillance on TOM-Skype calls remains unclear.

"If we can make Microsoft move just an inch it's all worth it."

"Many journalists or activists have reported to us that their Skype communications have been intercepted," Grégoire Pouget of Reporters Without Borders told The Verge. "The problem is that habits change very slowly." Open-source encrypted alternatives to Skype exist, most notably Jitsi and Pidgin, but their audiences pales in comparison to the 600 million users on Skype.

The letter comes just days after Skype was revealed as a platform for banking malware, underscoring its security issues. The service is also facing strong competition from Google Voice/Talk and, more recently, Facebook Messenger, leading some to hope the rivalry will bring increased competition and innovation on the privacy front. But neither of those services are broadly available around the globe. "People are still unaware," said Martin Johnson of Greatfire.org, "and Microsoft hasn't moved to improve the situation, so publishing this letter matters a lot."

"If we can make Microsoft move just an inch it's all worth it."