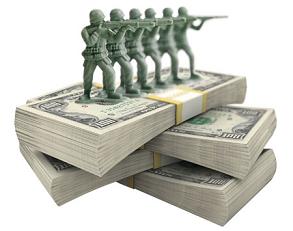 Correcting “or just explaining them can test even the most persistent soldiers.” Weeks or months pass without resolution.

Some personnel are cheated on pay. Others are penalized for overpayments. Their earnings are “drastically cut” unfairly. Precise figures are impossible to calculate.

At issue is “the Defense Department’s jury-rigged network of mostly incompatible computer systems for payroll and accounting, many of them decades old, long obsolete, and unable to communicate with each other,” said Reuters.

“The Defense Finance and Accounting Services (DFAS) still uses a half-century-old computer language that is largely unable to communicate with the equally outmoded personnel management systems employed by each of the military services.”

Pentagon accounting reflects epic failure. Nothing is done “to keep track of its money,” said Reuters.

US law requires annual audits of all federal agencies. The Pentagon alone never complied. It’s accounting is in too disarray to do so. It remains unaccountable.

In May 2012, then Defense Secretary Leon Panetta said:

“DOD, I’m sorry to say, is the only major federal agency that cannot pass an audit today.”

It bears repeating. It’s a black hole of unaccountability. It literally wastes trillions of dollars.

“There are thousands and thousands of systems. I’m not sure anybody knows how many there are” or how many are in use.

The Pentagon is the world’s largest property owner. It has more than 5,000 sites in 41 countries.

It poisons the earth. Its desecration is virtually unreported. It’s responsible for genocide and ecocide.

It’s destroying the planet’s ability to sustain life. It spends trillions of dollars doing so.