MI5’s murky role in Kincora scandal yet to be exposed 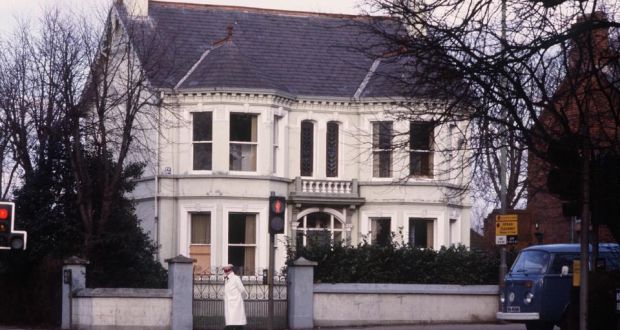 The former British intelligence officer Colin Wallace told Radio Ulster last weekend that any inquiry into Kincora Boys’ Home will not be able to get to the truth if it doesn’t have access to evidence about the role of MI5. If that’s so, the chances of the truth coming out are near to nil. Wallace has been trying for 40 years to expose child sex abuse at the east Belfast home. He has been ridiculed, ignored, lied to and lied about, and, as Paul Foot demonstrated in “Who Framed Colin Wallace?” in 1989, fitted up for manslaughter. Peter Robinson has suggested the Belfast home be added to the remit of the UK Child Abuse Inquiry. Others want a dedicated Northern Ireland inquiry. It matters little. MI5’s interests will take precedence over the rights of raped children. In the early 1970s, Wallace was based in Lisburn, a member of an undercover “psychological warfare” unit which worked closely with MI5. He was involved in “Operation Clockwork Orange”, a MI5 plot to smear Labour prime minister Harold Wilson and “wets” in the Tory opposition.

In October 1974, Wallace told his superiors that he wanted out of Clockwork Orange. He then wrote a memo explaining in detail that destitute boys were being systematically sodomised by members of Kincora staff and were being supplied for abuse to prominent figures in unionist politics. The abusers – among them MPs, councillors, leading Orangemen and other influential individuals – became potentially important intelligence assets.

MI5 had come across Kincora through its interest in paedophile “housemaster” William McGrath, also leader of an eccentric loyalist organisation, Tara. The agency didn’t report the scandal, but allowed it to continue while monitoring the abusers. It wasn’t until an Irish Independent expose in 1980 that official notice was taken. An RUC investigation led to the imprisonment of McGrath and two other Kincora staff. Two inquiries were then established in succession by secretary of state James Prior. The first, under complaints commissioner Stephen McGonagle, collapsed on its first day when three of five panel members resigned upon being told they couldn’t delve into any matter which might be the subject of police investigation. The collapse of an inquiry after one half-day session may be a unique occurrence.

Prior pledged to the Commons that a second inquiry under retired judge William Hughes would investigate allegations of a cover-up involving state agents. But Hughes announced he would examine only “the administration of boys’ homes” and wouldn’t take evidence about “allegations [of] any cover-up”.