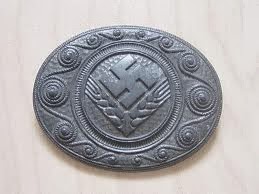 In 1933, Joseph Goebbels the German propaganda minister created an early version of what we would call today a Public Private Partnership whereby corporations could channel funding into the German film industry to underwrite costs of productions and salaries. The fund also included a school for film makers once they were considered suitable enough by the Nazis to be allowed to study film and cinema technology. The Nazis also implemented a censorship body named the Reichsfilmdramatung which pre-screened all movies before general release to validate if they had a 'cultural integrity' or not. Likewise, the entire nature of film critics and movie reviews was changed. Critics could not issue any philosophical criticism concerning movies, but rather, only comment on the actors performances, the technical and other aesthetic attributes of the production.
Such approaches to the control of cinema by the Nazis went far beyond the Pale of government censorship and political propaganda. The German film industry of the 1930's was designed to profoundly modify the subconsciousness dynamics of the German psyche to a level were they could only think inside a integrated and fully formed National Socialist framework. It was classic cult indoctrination on a colossal scale. It was also black magic.
Germans were not to be so much entertained by cinema, but were to be place under a spell and Leni Riefenstahl was selected as the brilliant and gifted celluloid witch who possessed the cinematic cauldron of transcendental visionary sights and sounds to weave the greatest spell of all. Her 1935 documentation of the 1934 National Socialist's General Assembly held in Nuremberg entitled Triumph of the Will was movie magic of epic and intense occult proportions. A black magic ritual involving 700,000 participants used to spellbind the world when placed on to the big screen - and it did. The techniques used in the film are the stock and trade of political spin and campaigns used to the very present.
Nowhere else in this cinematic saga of Germany's psychic restoration more profoundly expressed than in the segment focusing on a rally by the Reichsarbeitsdienst (Labour Service). Often ignored by film critics and historians alike, this powerful montage is basically a ritual involving the raising of the Great War dead by 52,000 workers carrying shovels. Many of them the sons of Germans who died in the Great War. The purpose of the ritual was to symbolically raise their dead fathers from the graves and transform their sacrifice in to the building of the Third Reich. The roll call of the great battles of the war are read aloud as the Swastika is lowered in respect, as individual members of the workers army shout out “Verdun!”, “Flanders!”, “the Somme!' and from this not only funnelling their energies towards the spiritual resurrection of the Germans who died in the war, but also to venerate their blood sacrifice in honour of their new surrogate father Adolf Hitler. 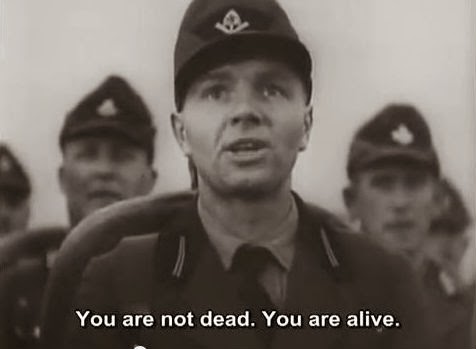 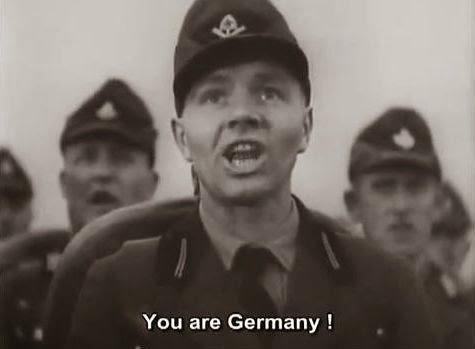 The symbol of the highly polished shovels being held aloft is to signify a breaking of the curse of trench warfare which so brutally symbolised the catastrophe of the Great War. This was the German dead of Flanders, the Danube and all the other battlefields being resurrected in a ritual of epic proportions. Every detail of the ritual is carefully orchestrated. Every participant knows their place, and that place is one of mythological and even psychedelic intensity. Observing the spectacle of the Reichsarbeitsdienst ritual standing while standing at the alter of National Socialism was the living demonic god of Adolf Hitler. Looking on approvingly as they issue the blood rite of the Aryan Race with messianic fever in their eyes magically transformed into communion with the resurrected spirits of their dead fathers.
“You are not Dead. You are Alive. You are Germany!”

Thomas Sheridan is the author of Puzzling People the Labyrinth of the Psychopath, Defeated Demons and Anvil of the Psyche. His forthcoming book will be released April 2014