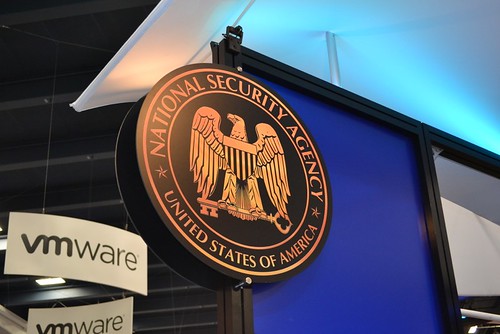 The U.S. Internet's infrastructure needs to be redesigned to allow the NSA to know instantly when overseas hackers might be attacking public or private infrastructure and computer networks, the agency's leader, General Keith Alexander, said today.

Alexander spoke at the annual Def Con computer hacking conference in Las Vegas. It was a symbolic appearance that he said was motivated by a need to interest the hacker community in helping to make the Internet more secure.

Alexander, who is also commander of the U.S. Cyber Command, described the Internet as "at great risk from exploitation, disruption, and destruction."
Advertisement

In recent years, many Internet users have become familiar with the idea that websites can be knocked offline by denial of service attacks, such as those employed by online activist groups such as Anonymous. "My concern is that it's going to flow into destructive attacks that could have consequences for our critical national infrastructure and the Internet itself," said Alexander.﻿