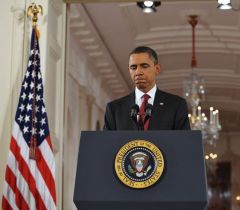 It’s Israel’s highest civil award. It’s for individuals “who have made an outstanding contribution to the State of Israel or to humanity, through their talents, services, or in any other form.”

His rap sheet includes no-holds-barred state terror. He helped institutionalize it. He ordered innocent victims slaughtered on his watch. He’s a serial killer multiple times over. He’s a menace in his own time.

“(E)thnic massacres were an integral part of US foreign policy,” said Chossudovsky. They “were carefully staged in accordance with precise strategic and economic objectives.”

“From the outset of the Rwandan civil war in 1990, Washington’s hidden agenda consisted in establishing an American sphere of influence in a region historically dominated by France and Belgium.”

Clinton continued what Bush I began. Both men bear full responsibility for ethnic massacres. Rwanda’s civil war “set the stage for the participation of Ugandan and Rwandan RPA in the civil war in the Congo.”

Washington funded and trained their militaries. US special forces were involved. Ethnic rivalries were exploited for profit and dominance. Rwanda’s genocide served US “strategic and geopolitical interests.”

Clinton remains unaccountable for war crimes. He’s got much more blood on his hands. He’s responsible for genocide against innocent Iraqis. He did so by intermittent bombings.

He maintained lawless sanctions. They caused about 1.5 million deaths. Most were young children. Up to 7,000 died monthly. Former UN humanitarian coordinator Dennis Halliday resigned in protest. He refused to be part of what he called “genocide.”

“It cannot continue that (UN authorities) punish the most vulnerable and the most innocent.”

“It is a true humanitarian tragedy what is happening here,” she said, “and I believe any human being who looks at the facts and the impact of the sanctions on the population will not deny that (von Sponek) is right.”

James Rubin was Clinton’s Assistant Secretary of State for Public Affairs. He also served as chief State Department spokesman. He denounced von Sponek and Halliday. He did so disgracefully. He called them unsuitable humanitarian coordinators, saying:

Their “job is to work on behalf of the Iraqi people and not the regime. The United States is, and will remain, second to none in enforcing sanctions.”

So do stooges like Rubin. He’s a Columbia University adjunct professor. He poisons young minds. Hopefully students wise enough to know better avoid him. He represented the worst of rogue governance. He shames legitimate academia.

Black site torture prisons followed. Guantanamo’s one of many. They exist globally. They hold innocent victims. Few, if any, committed crimes. They’re brutalized for political advantage. At issue is unchallenged imperial dominance.

In 1999, Clinton waged war on Yugoslavia. He did so lawlessly. He ravaged it for 78 days. He massacred and displaced thousands. A humanitarian disaster followed.

It legitimizes swap agreements and other hybrid instruments. It permits some of the worst financial crimes. It ended regulatory oversight over derivatives and leveraging.

It turned Wall Street more than ever into a casino. It lets banksters speculate on financial derivatives and an alphabet soup of securitized garbage.

On January 1, 1994, NAFTA became US law on his watch. It’s hugely destructive. It supersedes national laws and sovereignty. It violates fundamental rights. It avoids environmental responsibility.

It’s a supranational trade authority. It established one size fits all rules. “Humans are either labor or consumers,” said Wallach.

“Water, trees, animals-basically all of nature-is a resource to be exploited. To exploit these human and natural resources most efficiently, all barriers breaking up this single world market must be eliminated-so as to maximize efficiency of scale.”

To qualify, recipients must work or train for jobs. Single mothers with small children are cheated. Millions are left on their own out of luck. Bush II and Obama hardened what Clinton began.

He established “managed competition” healthcare. It reflects the worst kind of marketplace medicine. It sacrifices health for profits. Obamacare raised it to a higher level.

Clinton’s reflects shamelessness. His record speaks for itself. On June 19, one war criminal honored another. Shimon Peres awarded Clinton Israel’s Medal of Distinction.

It reflects shame, not honor. Ceremonies were a celebration of lies. Lawlessness and immorality substituted for virtue, integrity and righteousness. Illusion replaced reality.

Peres’ 90th birthday was celebrated. He was presented as a man of peace and vision. He represents the worst of institutionalized state terror. Clinton has his own cross to bear.

“Let us pray together for tomorrow’s peace, said Peres.” He deplores it. He waged war for decades to prevent it.

“You are receiving just as much out of office as you did in it. You really are the most loved leader and a friend of all human beings and the Jewish state.”

Stephen Lendman lives in Chicago. He can be reached at lendmanstephen@sbcglobal.net.

Visit his blog site at sjlendman.blogspot.com.

It airs Fridays at 10AM US Central time and Saturdays and Sundays at noon. All programs are archived for easy listening.