Our brains deliberately make us forget things, to prevent insanity 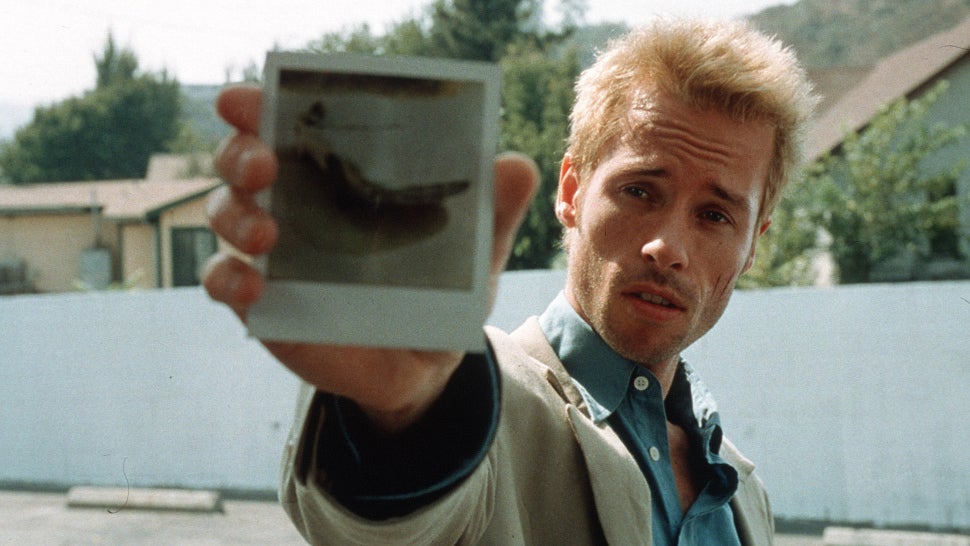 The ability to retain and recall information is an imperfect process even at the best of times — a shortcoming that now appears to be no accident. A new study shows that our brains are actively making us forget unimportant details, and that if it didn't, we'd probably go insane.

Are photographic memories real -- and could you have one?

There are people out there who can remember almost every detail of what they did on a random day ten years ago. But is it possible to have an actual… Read…

Indeed, people with so-called "photographic memory," or eidetic memory, claim to be living in a kind of hell. One person with this capacity, Jill Price, complained that: "Most have called it a gift but I call it a burden. I run my entire life through my head every day and it drives me crazy!!!"

But eidetic memory is rare in the human population and very few cases have ever been documented. This is probably because evolution knows what it's doing. For psychologically adaptive reasons, we're only able to store and recall information that's important.

And as scientists from the University of Basel in Switzerland are now suggesting, the human brain must forget unimportant information in order to remain efficient. What's more, serious mental illness can arise if this process is disrupted. This would imply that the brain is actively — rather than passively — working to rid itself of superfluous information. As the authors note in their study, which now appears in Cell, "A plastic nervous system requires the ability not only to acquire and store but also to forget." 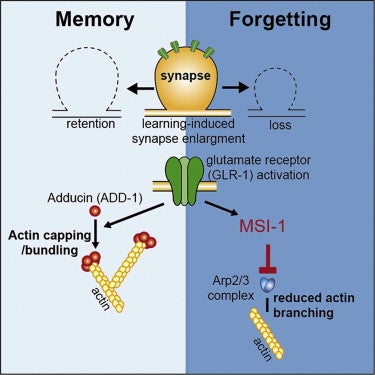 As part of the study, the researchers identified the molecule responsible for this process — the Musashi protein (msi-1). This molecule is responsible for the structure and function of synapses in the brain, particularly where information is transmitted from one nerve cell to the next. By working with nematode worms (C. elegans), the researchers discovered that this protein is a necessary requirement for time-dependent memory loss. They were able to mess with the worms' learning skills (via olfactory stimuli) by creating GM versions that lacked the protein. Unlike worms with the Musashi protein, the GM worms were significantly less forgetful over time. The researchers theorize that the protein is interfering with the growth of molecules responsible for the stabilization of synapses. 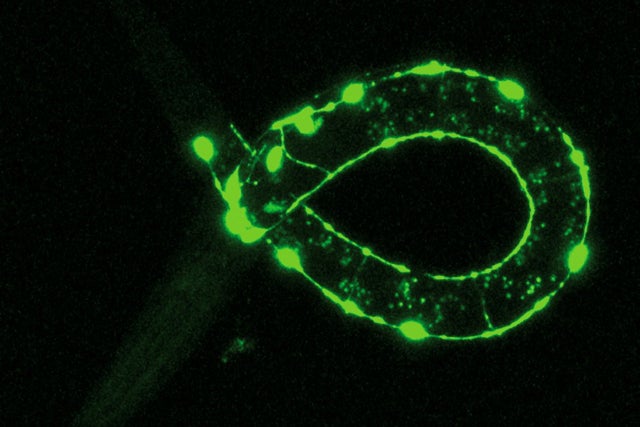 The nervous system of a nematode worm. Credit: MCN.

Obviously, worms aren't humans. But we've also got the Musashi protein, leading the scientists to argue by inference that the same process applies to us — that forgetting, or memory decay, is an adaptive process regulated by this molecule.

A few things come to mind. First, scientists should confirm this by studying people with photographic memory. If this thesis is right, these folks should be deficient in this protein. Second, I'm not terribly convinced that memories are actually getting "deleted." The ability to store and recall information is a multifaceted process; perhaps what's "decaying" here are our linkages to trivial memories, making them increasingly harder to access over time (because they've proven to be unimportant).

At any rate, the Musashi protein could lead to interesting targets for drugs designed to prevent rapid forgetting, as is the case for people with Alzheimer's.

Read the entire study at Cell: "Forgetting Is Regulated via Musashi-Mediated Translational Control of the Arp2/3 Complex."