Cambridge University just published a study of how sophisticated computer programs tracking the use of Facebook can discern undisclosed private information such as the users’ sexual orientation, religion, drug-use, health and emotional stability. Desperate to halt its stock’s dismal slide since going public, Facebook has increasingly sought new ways to make more money and prove its worth to investors. As the builder and repository of the largest “Big Data” treasure trove in history, Facebook is selling marketers and shady characters veiled access to its users’ deepest secrets.

Big Data has always been an objective of tyrannical governments. James Madison incorporated philosopher John Locke’s view privacy as a natural right in the Bill of Rights Fourth Amendment protection from unreasonable search and seizure.

The right of the people to be secure in their persons, houses, papers, and effects, against unreasonable searches and seizures, shall not be violated, and no Warrants shall issue, but upon probable cause, supported by Oath or affirmation, and particularly describing the place to be searched, and the persons or things to be seized. 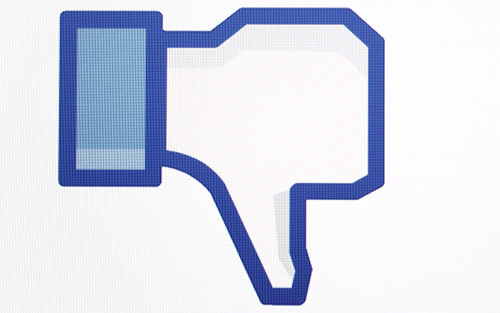 ﻿But what Madison could never have imagined after the Revolutionary War’s years of bloody fighting against the most intrusive government on earth, 200 years later a billion individuals would “opt-in” to convey their most confidential information to Facebook’s high-paying customer base of marketers, snoopers and criminals.

Facebook is the largest database of people ever built and contains more personal data than any other source. Consumer Reports found that 56% of adult Facebook users posted personal information such as a full birth date – month, date, and year – (38%), photos of children (21%), children’s names (13%), home street address (8%) and details when away from home (3%) are especially vulnerable to becoming victims of abuse. which can increase their risk of becoming a victim of cyber-profiling.

According to a ProtectMyID research, 90% of Americans now own or have access to a laptop or a PC, while 49% own a smartphone. Most of these users do not take even minimal steps to protect their personal data, including 54% who do not use a password to lock their phone or computer.

Because of series of horror stories in the media about people being outed from interacting on the Facebook social network, Cambridge University’s “psychometrics” group teamed with a Microsoft-funded research center to see what information they could discover by analyzing data from 58,000 Facebook users. Their goal was to see how many personal traits and other information they could predict that was not available in Facebook user profiles.

The psychometric group when using standardized algorithmic programs to analyze data huge amounts of data were successful in their predictions with 95% for race and 80% for religion and political leanings. But much more troubling statistics was the ability of researchers to predict gay sexual orientation at an 88% accuracy rate, even though only 5% of users predicted to be gay were connected with explicitly gay on-line groups.

Michal Kosinksi, one of the report’s authors, told the Financial Times that the university’s techniques could easily be replicated by companies to infer personal attributes a person did not wish to share: “We used very simple and generic methods. Marketing companies and internet companies could spend much more time and resources, and hence get much higher accuracy than we did.”

Last week, after a fierce lobbying campaign from technology companies including Facebook and Google, the European Union agreed to water down proposals for a radical overhaul of data privacy regulation. Government bureaucrats stated that they continue to be reluctant to impede internet businesses that might spur economic growth. Judging by the scale of investment in lobbying to prevent individuals from reclaiming their privacy rights, big data has real big value. Contributed by Chriss Street.