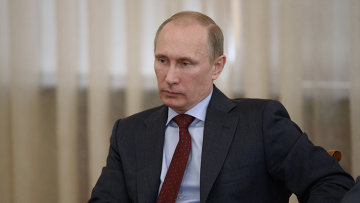 President Vladimir Putin has signed into law the ratification of the treaty on the Eurasian Economic Union (EAEU), RIA Novosti reports on Friday.

The treaty, which the presidents of Russia, Belarus and Kazakhstan signed in May, seals the three countries’ agreement on the transition to the next stage of integration following the Customs Union and the Common Economic Space. The EAEU is aimed at completing the creation of the largest common market in the CIS, with an aggregate population of 170 million. This common market should become “a new and powerful center of economic development.”

The Federation Council, the upper house of Russia’s parliament, ratified the treaty on Wednesday.

The treaty will become effective in 2015 to boost the development of trade, economic and cooperative ties, enhance the member-states’ economic competitiveness and strengthen their role in the global economy. Kazakhstan and Belarus are expected to ratify the treaty before the trilateral meeting in Minsk in October.

President Putin said at the Russia Calling! Investment Forum on Thursday that the number of this union’s members would grow, that Armenia is completing the process of accession to the Eurasian Economic Union, and that the member-states are actively negotiating with Kyrgyzstan.

He said that the EAEU would establish close ties with other integration structures both in Europe and Asia. “Such cooperation would add stability to the global economy,” the Russian president said