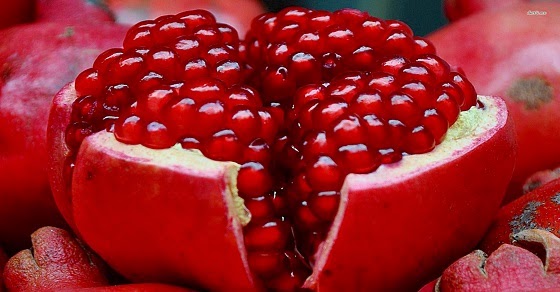 While technically a berry, pomegranate “fruit” may be nature’s answer to turning the tide against the #1 cause of death in the industrialized world: heart disease. Let’s start with what it tells us simply through experiencing it…

Pomegranate has a remarkable astringency, giving your mouth and gums that dry, puckering mouth feel. This cleansing sensation is technically caused, as with all astringents, by shrinking and disinfecting your mucous membranes.

Anyone who drinks pomegranate juice, or is lucky enough to eat one fresh, can understand why it is so effective at cleansing the circulatory system. Nature certainly planted enough poetic visual clues there for us: its juice looks like blood, and it does resemble a multi-chambered heart, at least when you consider its appearance in comparison to most other fruits.

But sometimes the obvious (in appearance and effect) is not compelling enough – certainly not for the hyper-rational, “evidence-based” folks in positions of medical and regulatory power today – so we have science to lend additional support and credibility, and perhaps even keep some of us from being fined or going to jail for stating the obvious, e.g. “This juice may be beneficial to your health.”
Indeed, your mouth and your arteries are lined with the same cell type: epithelial cells. Together, they make up the epithelium, one of four basic tissue types within animals, along with connective tissue, muscle tissue and nervous tissue, and which comprises the interior walls of the entire circulatory system. So, when you feel that amazing cleansing effect in your mouth, this is in fact akin to what your circulatory system – and the epithelium/endothelium lining the inside of your veins and arteries – “feels” as well.  How do we know this for sure? 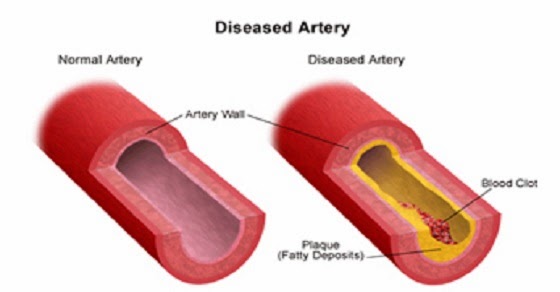 A remarkable study, published in the journal Clinical Nutrition, took 10 patients with atherosclerosis and measured their carotid arteries before and after one year of supplementing their diet with pomegranate juice. After one year, the plaque clogging their carotid arteries was reduced by up to 30%, while the control group’s blockages increased by 9% – effectively reversing the disease process by up to 39% within one year.  Additional “side benefits” included a 130% increase in their antioxidant status, with LDL susceptibility to oxidation (it is far more important to maintain the quality of the LDL, i.e. keep it from getting damaged, than to nit-pick about the “right number”) being reduced 59%. Finally, systolic blood pressure was reduced 21% within the first year. Wow, right?  But it only gets better….

Pomegranate actually has been studied to possess therapeutic properties in over 80 diseases or disease symptoms. You can view the entire spectrum of studies on our (“our” meaning yours too, as we are open access) Pomegranate Research Page.

Here are some additional highlights for cardiovascular health

Pomegranate was upheld as a sacred fruit in many cultural traditions the world over. Whether Christian, Arab, Jew, Buddhist, or Hindu, pomegranate was perceived as a symbol and source of fertility and/or regeneration.