Real science’s core methodologies are sound and an excellent tool for learning, its quantifications balanced with common sense.
The type of “science” adopted by the mainstream media and to a great extent conventional medicine however, has become an angst ridden, and bio-phobic run-away science. Where cancer lurks around every corner, and sunshine, egg yolks and second hand cigarette smoke are cause for widespread paranoia.
Furthermore this reductionist, descartean, and rigidly consensus version of science, as adopted by mainstream society, has a propensity to view nature as a soulless machine, to be quantified by clinical dissection.

The now refined art of media predictive programming often uses doctors, scientists and professors to drive an agenda into the unsuspecting psyche of the public.
This is because the corporations know that the majority will view the word of these authority figures as “gospel truth”, and will not take the time think critically about an article or claim.
This is somewhat ironic, as science can reveal many truths in contrast to the fallacies of society, using methods we can easily relate to.

Real Science is a great tool and can be used to support the fact that the modern lifestyle is in fact detrimental to the human genome.
Mainstream science however has become another tool for corperation’s to manipulate the perception of consumers.

In school we were not taught of nature’s symbiosis and synergy. That components in their environmental, ecological context do not necessarily behave in the same manner when isolated from this context, in other words, that components extracted from nature become altered by isolation of their original element – symbiotic nature. That we are a part of that symbiosis and ones inner being can be moved simply by paying attention to nature.

“The living and holistic biosystem that is nature cannot be dissected or resolved into its parts. Once broken down it dies. Or rather, those who break off a piece of nature lay hold of something that is dead, and, unaware that what they are examining is no longer what they think it to be, claim to understand nature.” – Masanobu Fukuoka, The Natural Way Of Farming.”

Through no fault of reductionist science itself, there has been big problems with the adoption of a soulless, euro-centric dogma as a rigid belief system.
Just as Christianity has perpetuated needless bloodshed worldwide, reductionism has wrought psychopathic brutality in its furrow.  Its history bestrewn in racism, cruelty, and hierarchy based dominion. 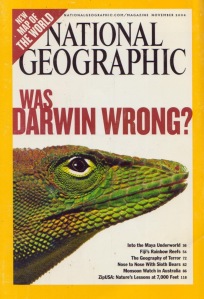 “The civilized races of man will almost certainly exterminate, and replace, the savage races throughout the world.” – Charles Darwin.

Indeed it is “civilized” man with his technology, science and superior morality who has acted as a crazed, knuckle dragging ape on a genocidal world tour.

This epistemology, the paradigm by which reality is understood, creates a deep psychosis within the modern human, who, alienated from nature, lacking the experience of the shamanic and recognition of the sacred, becomes glib, shallow, and to varying extents mentally deranged.

A world that does not recognize the sacred is a world of sacrilege.
The environmental and biological degeneration we are experiencing is absolutely correlated with, and may largely stem from this perception.

The “soulless” view of the world is a necessary pre requisite for domesticated human, “homo domesticus”, “human 2.0″.

A man who does not conceive the significance of nature in relation to his humanity, who does not recognize the inherent difference between the natural and the synthetic, has been effectively domesticated for pharmaceutical farm society.
The population’s adoption of this soulless view of the living world facilitates the smooth integration of unwholesome, unnatural practices into society. 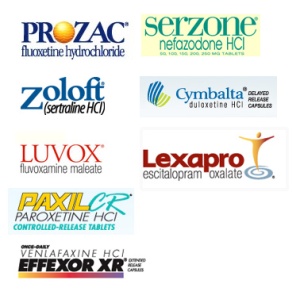 The fact that from our origins, and throughout the ages we have been intimately connected with nature is recognized but its significance seldom acknowledged.
The secret of natures symbiotic, synergistic balance lies in its wholeness, yet we continue to refine, modify, isolate, add, take away and manipulate regardless of the whole.
The processed foods and drugs common in our society serve as proof that the majority do not pay attention to the synergistic wholeness of nature.

The reductionist viewpoint takes the soul and magic out of the awe inspiring, that the earth is conscious, and nature contains the divine spark of life, the spiritual lifeforce. And that humans are a part of it all. Not detached from a wild and dangerous nature that needs to be controlled, tamed, and maimed in order to service man, to be quantified by dispassionate anatomization.