Texas Congressman Lamar Smith is clearly a man of principle. He authored the Stop Online Piracy Act because he believes that copyright violators must be punished, whether they're individual citizens or websites that have copyrighted content or link to such content.

As dozens of other congressmen have revoked their support of SOPA in response to the mass protests against the bill, Smith has held steady. In his view, every website containing copyright infringement must be shut down as quickly as possible.

Up until very recently, this is how texansforlamarsmith.com, Smith's campaign website, looked: 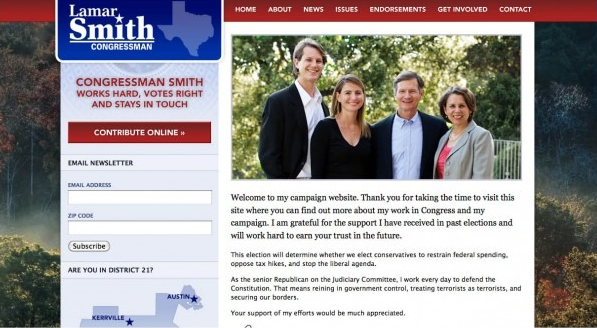 This is the background image on that page: 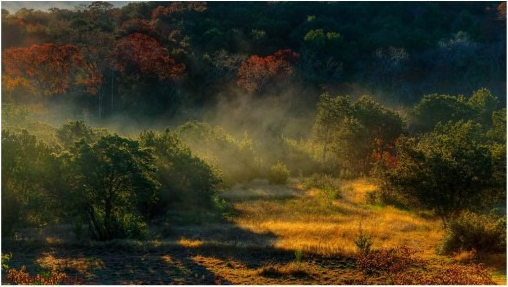 Vice journalist Jamie Taete traced that image to photographer DJ Schulte. Taete asked Schulte if he had given Smith permission to use the image, and Schulte responded that he had never done so.

Apparently the SOPA author is not a man of principle after all. According to SOPA, legal action must be taken against its own author.

"I do not see anywhere on the screen capture that you have provided that the image was attributed to the source (me)," DJ Schulte said. "So my conclusion would be that Lamar Smith's organization did improperly use my image. So according to the SOPA bill, should it pass, maybe I could petition the court to take action against www.texansforlamarsmith.com."

Congressman Smith is a hypocrite who is championing SOPA because he is bought out by the corporate interests that would benefit from the bill, not because he is against copyright violation.

That is the sad state of politics today. Smith's own violation is the latest example of how the insane broadness of SOPA's provisions would immediately end Internet freedom.

If only we could immediately end the constant shame Smith and his fellow Texas Republicans bring upon our state.

All #SOPA Coverage on BOR: