The 2013 VMA's; An Occult MegaRitual Overlooked

Miley Cyrus had a profound impact on MTV's Video Music Awards this year. Everyone was talking about her performance and almost everyone was in the same state of shock over how she behaved that night.
I tend to believe that most big media grabbing stunts like this are used purposely as a distraction from other events that people behind the curtain might not want us paying much attention to. A common theory that I've heard is that Miley Cyrus's performance was meant to take focus away from the ongoing struggles in Syria and our government's decision on how to act. As I'm sure that the government doesn't want us to as pay much attention to a situation that might involve us in Syria, the media does continue to pump stories - true or not - about Syria. So if Miley's appalling performance was meant to steer the public's wandering eye away from war and countries like Syria, why would the media then continue to cover stories surrounding Syria and our involvement? The answer, in my opinion, is because the VMA's had nothing to do with Syria at all and Miley Cyrus's little scandal had more to do with distracting the public from the rest of the events that occurred that night.

Many people are starting to awaken to the rituals these very public so-called "performances" are meant to mask. Vigilant Citizen has written very detailed articles about previous VMAs and Grammy shows that have been accurate and informative. For example, The 2011 VMAs, The 2009 VMAs, The 2012 Grammy Awards, and Madonna's 2012 Superbowl Halftime Performance were on-point. However this year's article covering the 2013 VMAs was slacking, in my opinion. I had anticipated this article addressing the other performances that I felt needed to be explored and I am not excited to express my disappointment in their coverage. This is not to say anything personal for VC, the website, or the people who write for the website. I still consider this website to be very informative and useful. Their miss on this topic has inspired me to begin writing for myself as I have looked everywhere and cannot find a single thing depicting anything that happened that night other than Miley Cyrus being a giant slutbag on the internet, anywhere. Big surprise, a female pop star strips down and does a dirty dance on stage. This is not the first time that has happened, and I'd be willing to bet money that it won't be the last time.
But what else was happening on stage that night? Let's take a look.

VC did hit a few point about Lady Gaga's opening performance but I'm going to go a little further.
There was an obvious theme for the 2013 VMAs. The night was repeatedly dedicated to the celebration and acceptance of gay culture, examples of which will be provided as I go over all of the night's events. I am expressing no opinion on either side of the "gay rights" debate. I am simply stating the agenda was clear. So what better modern performer to start the night out with than Lady Gaga, who happens to have a gay male alter ego?
She begins her performance in white, with a boxy headpiece with weird, but sometimes plain facial expressions. 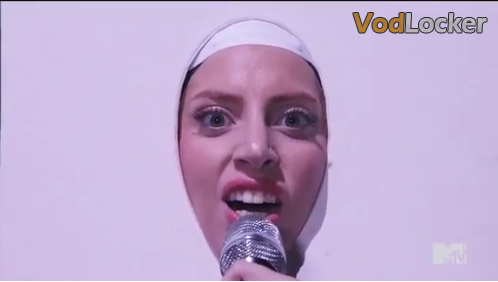 As she continues her performance she's eventually stripped away of the white cloak'ish outfit by feminine dancers that surround her and she's left in a black leotard. Afterwards, she's redressed by her dancers in a blue skirt, and shoulder structured blazer. 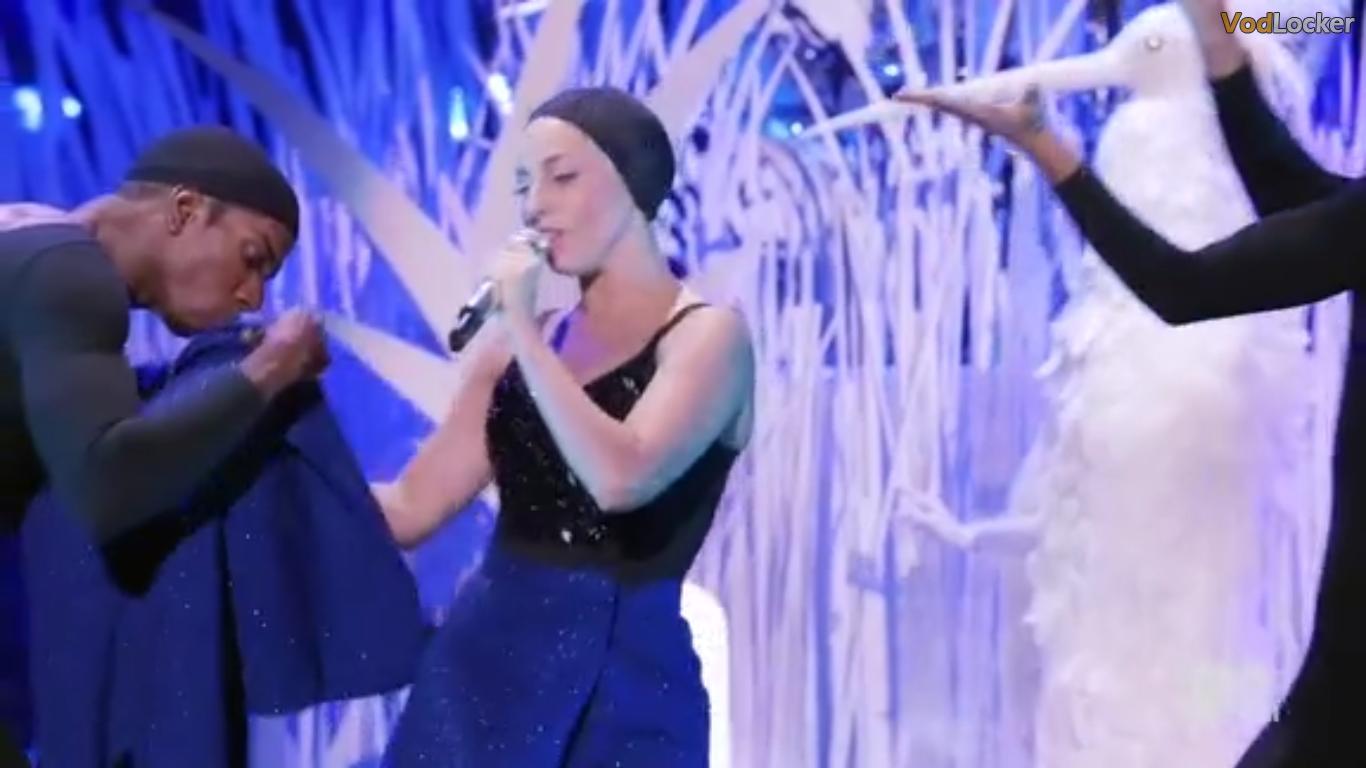 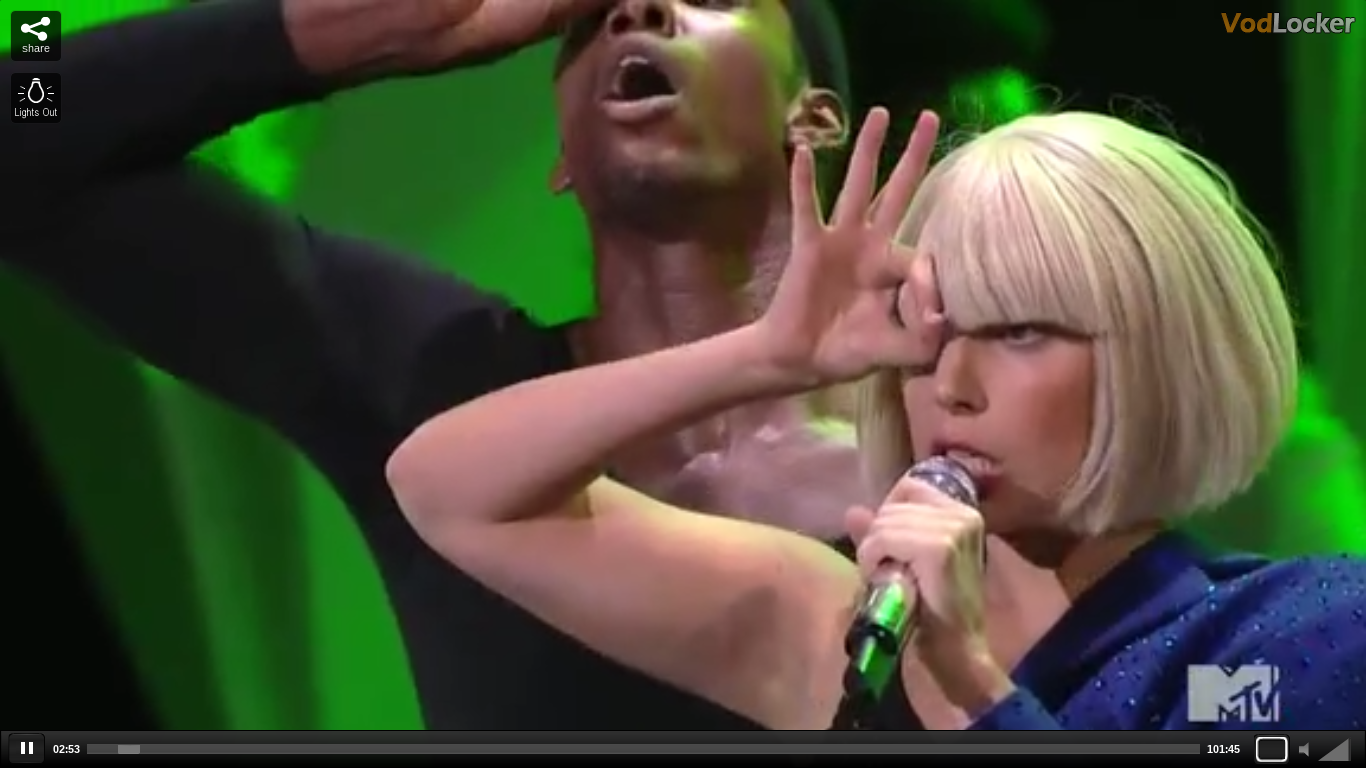 For those who aren't aware, the hand/eye symbol you see here is supposedly a symbol of the illuminati; making the symbol for 666 and putting it over one eye.

She does this a couple more times, and all of the same symbolism from each of her videos comes alive in this performance.