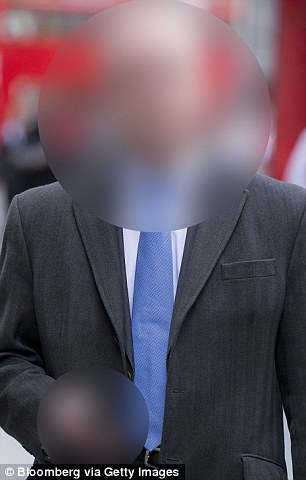 Conviction: A senior banker from a leading British bank, who cannot be identified, pictured, has pleaded guilty to trying to rig the interbank lending rate Libor

A senior banker has become the first to be convicted in the UK of rigging the Libor rate.

The banker's guilty plea to a charge of conspiracy to defraud was entered at Southwark Crown Court in London on Friday and can be reported today following a court ruling.

But neither the individual nor the bank can be named due to reporting restrictions.

It follows a Serious Fraud Office (SFO) investigation into the alleged rigging of Libor. A number of others have been charged on separate allegations in relation to the practice.

The London Interbank Offered Rate (Libor) is used for hundreds of trillions of loans and transactions around the world, from complex derivatives to mortgages.

It is a benchmark which indicates the interest rate that banks charge when lending to each other.

In recent years banks have paid out billions in penalties to international regulators to settle allegations of Libor fixing.

In a statement, the SFO said: 'This is the first criminal conviction arising from the Serious Fraud Office's Libor investigation.

'The investigation into others continues.'

Other countries, including the United States are also investigating Libor fixing.

Last week eight former Lloyds bankers were told they faced being fined and banned from the City of London over twin misconduct scandals, after they were sacked and stripped of £3million in bonuses.