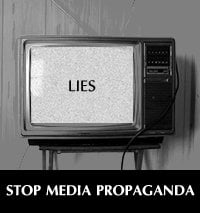 Time Warner owns Time Magazine, HBO, Warner Bros., and CNN, among many others. The board of directors includes individuals past or presently affiliated with: the Council on Foreign Relations, the IMF, the Rockefeller Brothers Fund, Warburg Pincus, Phillip Morris, and AMR Corporation, among many others.