Global Non-Compliance website > U.S. Government Claims – Just Like the Nazis – that the Truth Is Too Complicated and Dangerous to Disclose to the Public

U.S. Government Claims – Just Like the Nazis – that the Truth Is Too Complicated and Dangerous to Disclose to the Public 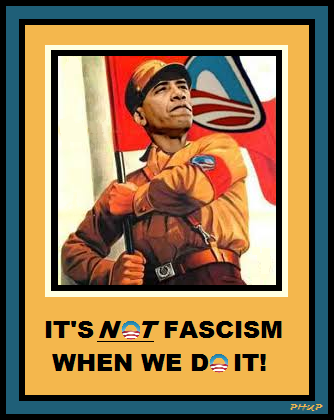 In the classic history of Nazi Germany, They Thought They Were Free, Milton Mayer writes:

“What happened here was the gradual habituation of the people, little by little, to being governed by surprise; to receiving decisions deliberated in secret; to believing that the situation was so complicated that the government had to act on information which the people could not understand, or so dangerous that, even if the people could not understand it, it could not be released because of national security. And their sense of identification with Hitler, their trust in him, made it easier to widen this gap and reassured those who would otherwise have worried about it.

“This separation of government from people, this widening of the gap, took place so gradually and so insensibly, each step disguised (perhaps not even intentionally) as a temporary emergency measure or associated with true patriotic allegiance or with real social purposes. And all the crises and reforms (real reforms, too) so occupied the people that they did not see the slow motion underneath, of the whole process of government growing remoter and remoter.

Similarly, America has – little by little – gone from a nation of laws to a nation of powerful men making laws in secret. Indeed, even Congress doesn’t know half of what others are doing.

Secretive, unaccountable agencies are making life and death decisions which effect our most basic rights. They provide “secret evidence” to courts which cannot be checked … and often withhold any such “evidence” even from the judges. For example:

“I find myself stuck in a paradoxical situation in which I cannot solve a problem because of contradictory constraints and rules — a veritable Catch-22,” the judge wrote. “I can find no way around the thicket of laws and precedents that effectively allow the Executive Branch of our Government to proclaim as perfectly lawful certain actions that seem on their face incompatible with our Constitution and laws, while keeping the reasons for their conclusion a secret.”

The government uses “secret evidence” to spy on Americans, prosecute leaking or terrorism charges (even against U.S. soldiers) and even assassinate people.

And the government goes after whistleblowers … and reporters who say too much (and see this).

U.S. government spokesmen pretend – just as the Nazis – that:

Like the iron fist of the Nazis … Americans must submit to “roving surveillance” and warrantless searches, without the requirement of a Judge’s authorization. Surveillance laws are part of a larger arsenal of weapons against political dissidents and whistle blowers.

Most Americans don’t know the Patriot Act authorizes secret charges relying on secret evidence and secret grand jury statements. Under the Patriot Act, Americans have no right to know who has accused them of what criminal activities, or the dates of the alleged offense.

They’re not even told what law was broken. The government has power to lock up Americans on military bases or other prisons without a hearing or trial. We can be detained indefinitely without any rights of due process at all.

All of this happened in Germany – as in America today – because the governments whipped up so much fear of attack by demonizing the enemy and declaring an open-ended war that people became complacent and stopped thinking for themselves.

As Mayer notes about Nazi Germany, people were too apathetic or scared to stand up for others:

The same is true in modern America.

“You see,” my colleague went on, “one doesn’t see exactly where or how to move. Believe me, this is true. Each act, each occasion, is worse than the last, but only a little worse. You wait for the next and the next. You wait for one great shocking occasion, thinking that others, when such a shock comes, will join with you in resisting somehow. You don’t want to act, or even talk, alone; you don’t want to ‘go out of your way to make trouble.’ Why not?—Well, you are not in the habit of doing it. And it is not just fear, fear of standing alone, that restrains you; it is also genuine uncertainty.

“But the one great shocking occasion, when tens or hundreds or thousands will join with you, never comes. That’s the difficulty. If the last and worst act of the whole regime had come immediately after the first and smallest, thousands, yes, millions would have been sufficiently shocked—if, let us say, the gassing of the Jews in ’43 had come immediately after the ‘German Firm’ stickers on the windows of non-Jewish shops in ’33. But of course this isn’t the way it happens. In between come all the hundreds of little steps, some of them imperceptible, each of them preparing you not to be shocked by the next. Step C is not so much worse than Step B, and, if you did not make a stand at Step B, why should you at Step C? And so on to Step D.

The same is happening to Americans today. Indeed, the American government appears to be following the Nazi playbook. The U.S. government – like the SS – may label anyone who disagrees with government policy as crazy or a potential terrorist … and is claiming more tyrannical powers that even Hitler claimed.

If you think we’re exaggerating, just listen to what the prosecutors who convicted the Nazis of war crimes say …

Benjamin Ferencz – a former chief prosecutor for the Nuremberg Trials against the Nazis – declared:

A prima facie case can be made that the United States is guilty of the supreme crime against humanity — that being an illegal war of aggression against a sovereign nation.

See this, this, and this. In addition, he said:

[A Nuremberg defendant said that he didn't feel bad for killing children and other innocent people] “because we relied on the head of state, Hitler. He had more information than I had, and he told us that the Soviets planned to attack, so it was necessary in presumed self-defense.”

It’s very disappointing to find that my government today is prepared to do something for which we hanged Germans as war criminals.

Note 1: Fascism also happened in Nazi Germany because the taxpayers became responsible for the debts of big corporations, and the corporate sector and authoritarian government worked hand-in-glove. The same is happening in the U.S. right now.

Note 2: For Dems who assume that things improved after Bush, please note that a former Obama security adviser says that Obama is as “ruthless and indifferent to rule of law“ as Bush. And see this.