Your Smartphone Broadcasts Your Entire Life To The Secret Service 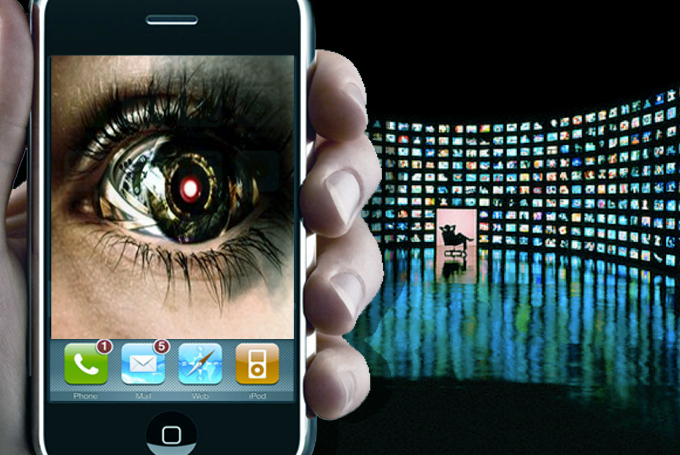 Intelligence services collect metadata on the communication of all citizens. Politicians would have us believe that this data doesn’t say all that much. A reader of De Correspondent put this to the test and demonstrated otherwise: metadata reveals a lot more about your life than you think.

Ton Siedsma is nervous. He made the decision weeks ago, but keeps postponing it. It’s the 11th of November, a cold autumn evening. At ten past eight (20:10:48 to be exact), while passing Elst station on the way home, he activates the app. It will track all of his phone’s metadata over the coming week.

Metadata is not the actual content of the communication, but the data about the communication; like the numbers he calls or whatsapps, and where his phone is at a particular moment. Whom he e-mails, the subject of the e-mails and the websites he visits.

Ton won’t be doing anything out of the ordinary. He’ll just lead his normal life. On weekdays, this means biking from his house in Nijmegen to the station and taking the train to Amsterdam. On Saturday, he’ll drive his car to Den Bosch and spend the night near Zuiderpark, returning to Nijmegen the next day by public transportation. Later on in the day he’ll have some drinks at a café called St. Anna.

After exactly a week, on Monday, 18 November, he concludes the experiment, saying afterwards that he felt liberated when doing so. There’s an easy explanation for his nervousness: what he’ll be doing, where he’ll be and who he has contact with will be seen by tens of thousands of people. Today, by you and me, and all the other readers of this article.

Over the past months, it’s become clear that intelligence agencies, spearheaded by the National Security Agency (NSA), are collecting enormous amounts of metadata. This includes recording e-mail traffic and location data from mobile phones. From the outset, politicians and intelligence agencies have defended this surveillance by emphasising that the content of the communication is not being monitored, the idea being that the agencies are only interested in metadata. According to President Obama and the NSA, as well as the Dutch Minister of the Interior, Ronald Plasterk, and the Dutch Intelligence Agency (AIVD), there isn’t much harm in it. Even recently, on its website, the AIVD described the interception of metadata as ‘a minor infringement of privacy’.

But is that the case? Certainly not, as Ton Siedsma’s experiment demonstrates. Metadata – including your metadata – reveals more than you think, and much more than the authorities would have you believe.

I submitted Ton’s metadata to the iMinds research team of Ghent University and Mike Moolenaar, owner of Risk and Security Experts. I also ran my own analysis. From one week of logs, we were able to attach a timestamp to 15,000 records. Each time Ton’s phone made a connection with a communications tower and each time he sent an e-mail or visited a website, we could see when this occurred and where he was at that moment, down to a few metres. We were able to infer a social network based on his phone and e-mail traffic. Using his browser data, we were able to see the sites he visited and the searches he made. And we could see the subject, sender and recipient of every one of his e-mails. 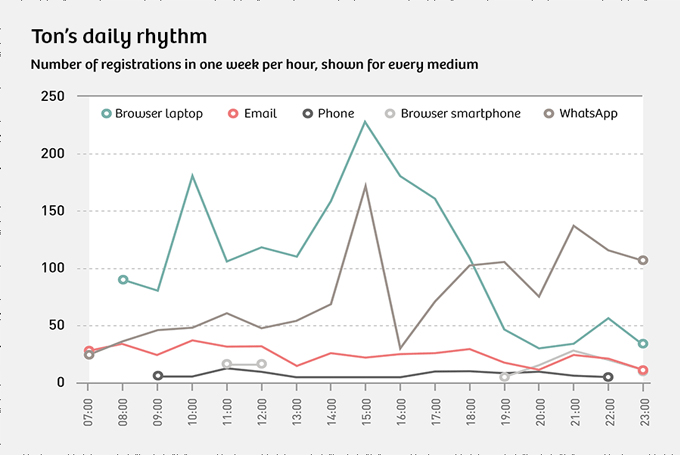 So, what did we find out about Ton?

This is what we were able to find out from just one week of metadata from Ton Siedsma’s life. Ton is a recent graduate in his early twenties. He receives e-mails about student housing and part-time jobs, which can be concluded from the subject lines and the senders. He works long hours, in part because of his lengthy train commute. He often doesn’t get home until eight o’clock in the evening. Once home, he continues to work until late.

His girlfriend’s name is Merel. It cannot be said for sure whether the two live together. They send each other an average of a hundred WhatsApp messages a day, mostly when Ton is away from home. Before he gets on the train at Amsterdam Central Station, Merel gives him a call. Ton has a sister named Annemieke. She is still a student: one of her e-mails is about her thesis, judging by the subject line. He celebrated Sinterklaas this year and drew lots for giving gifts.

Ton likes to read sports news on nu.nl, nrc.nl and vk.nl. His main interest is cycling, which he also does himself. He also reads Scandinavian thrillers, or at least that’s what he searches for on Google and Yahoo. Other interests of his are philosophy and religion. We suspect that Ton is Christian. He searches for information about religion expert Karen Armstrong, the Gospel of Thomas, ‘the Messiah book Middle Ages’ and symbolism in churches and cathedrals. He gets a lot of information from Wikipedia.

Ton also has a lighter side. He watches YouTube videos like ‘Jerry Seinfeld: Sweatpants’ and Rick Astley’s Never Gonna Give You Up. He also watches a video by Roy Donders, a Dutch reality TV sensation. On the Internet, he reads about ‘cats wearing tights’, ‘Disney princesses with beards’ and ‘guitars replaced by dogs’. He also searches for a snuggie, with a certain ‘Batman Lounger Blanket With Sleeves’ catching his eye. Oh, and he’s intensively looking for a good headset (with Bluetooth, if possible).

If we were to view Ton’s profile through a commercial lens, we would bombard him with online offers. He’s signed up for a large number of newsletters from companies like Groupon, WE Fashion and various computer stores. He apparently does a lot of shopping online and doesn’t see the need to unsubscribe from the newsletters. That could be an indication that he’s open to considering online offers.

He keeps his e-mail communication reasonably well separated, using three different e-mail accounts. He receives all promotional offers on his Hotmail account, which he also uses to communicate with a number of acquaintances, though he hardly sends any messages himself from the account. He has a second personal e-mail account, which he uses for both work and correspondence with closer friends. He uses this account much more actively. Lastly, he has an e-mail account for work.

Ton knows a lot about technology. He’s interested in IT, information security, privacy issues and Internet freedom. He frequently sends messages using encryption software PGP. He performs searches for database software (SQLite). He is a regular on tech forums and seeks out information about data registration and processing. He also keeps up with news about hacking and rounded-up child pornography rings.

We also suspect that he sympathises with the Dutch ‘Green Left’ political party. Through his work (more about that later), he’s in regular contact with political parties. Green Left is the only party from which he receives e-mails through his Hotmail account. He has had this account longer than his work account. 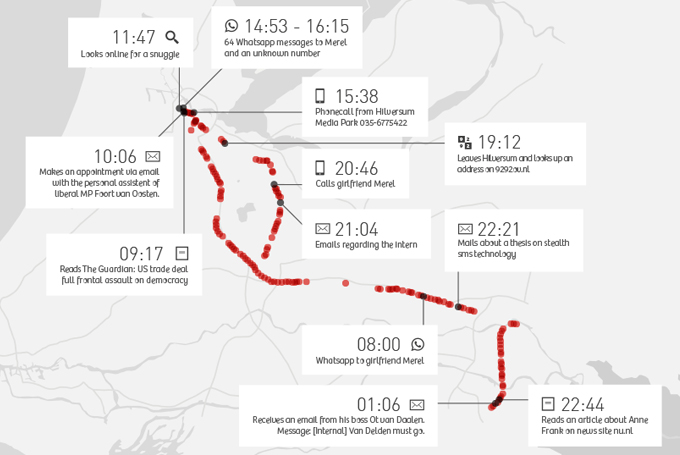